Honoring our Friend and Colleague on the Course

About 10 years ago, Menard was a much smaller company and formal golf outings were a common thing for us to participate in.

Well, some of us.

Our President at the time (and current North America Manager), Seth Pearlman, was a member of the Deep Foundations Institute's (DFI) Board. The most prestigious industry event in town was the DFI Golf Outing that raised scholarship money for future engineers. The outing was held at a local country club, and your handicap determined, in many cases, if you were selected to play in the event. It wasn't stressful at all...if you were a consistently good player confident in your skills and dressed in your classy golf threads!

While Menard's golfing finest were teeing up at the country club, our former Vice President of Operations Lyle Silverman and current Director of Human Resources Rick Hammers saw an opportunity. What if they took our local field and shop guys out for a fun, no-stress, no-dress-code round of golf with no skill or handicap requirement?

On a Friday morning in late August at "Pittsburgh's Home for Affordable Golf," Fort Cherry Golf Club, the Menard Hackers Open was born! The first Open was a huge success even though it only had two foursomes. It included a laid back round of golf, group lunch and a small prize for the winner- but most important, it included plenty of laughs and lots of hacking around.

The Menard Hackers Open went over so well, it convened for an informal round of golf late each summer until 2015. This is when we lost our dear friend and respected colleague, Lyle. His passing left so many with heavy hearts.

Rick, along with Dan Baird and Bob DalBon from our Purchasing Department, wanted to do something meaningful to keep Lyle's memory alive- not just because Lyle had started a well-loved annual event at Menard, but also because he had been such an important part of shaping Menard into what it is today.

This past August, we held our 4th Annual Lyle Silverman Memorial Hackers Open at its original location, Fort Cherry Golf Club. Our Corporate Headquarters and Shop participated, and we even expanded invitations to include a few of our outside vendors that had personal relationships with Lyle. After golfing, we shared an informal dinner and had a "name-brand" prize raffle- Lyle would not have approved of anything less!

For those MeNERDs who had the chance to work alongside Lyle, it is always a great day to share the company's roots with younger MeNERDs and reminisce about our friend who had a larger than life personality with a temper to match- but an even bigger heart!

And in memory of Lyle's big heart, we also make a donation every year to his favorite local charity, Light of Life Rescue Mission.

So who were the winners (or losers) this year?

Truthfully, we can't be sure. Cheating was a high probability.

The worst team with over 20 par, which is actually more prestigious at this event, featured Krista Keener, Lori Walters, Nina Carney and Taylor Towle.

We all look forward to honoring our friend and colleague on the course for many years to come, and the 5th Annual Lyle Silverman Hackers Open is already in the works for the first week of October 2019! 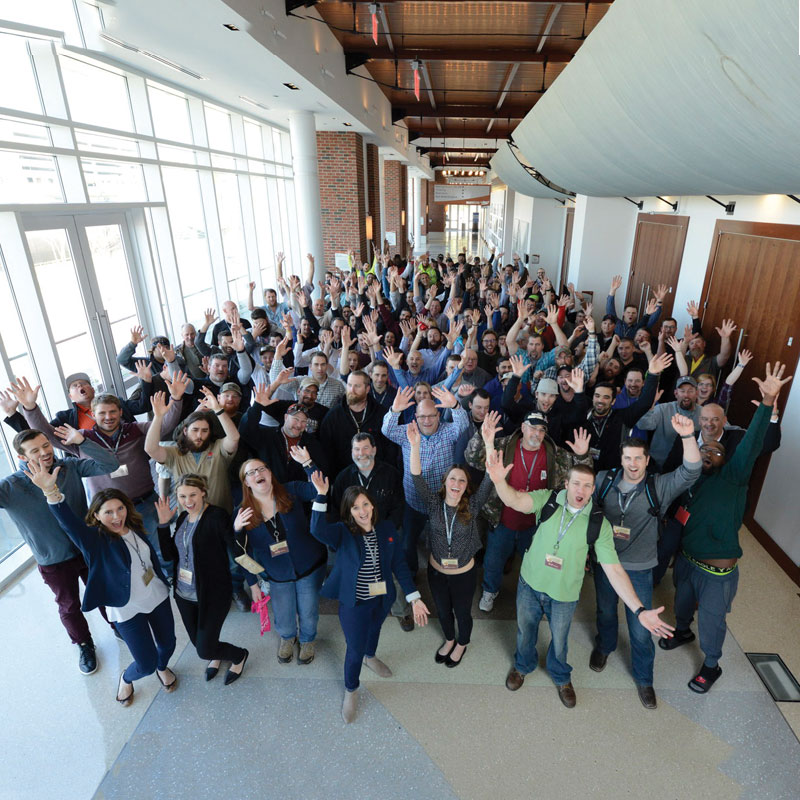 All MeNERDs!
Everyone
at All Locations

As a ministry of Jesus Christ, Light of Life will provide a home for the homeless and food for the hungry, and will build disciples for the Kingdom of God among the poor, addicted, abused and needy.